Nothing exists in a vacuum. We can no more make sense of the present without the past, than we can predict the weather without reference to climate. Context and environment are vital to our understanding and development in all areas of thought.
Scott Jones and Steve Thompson
2 contributors
Like Liked by Charles Thiede and 2 others
0

Many of us are familiar with the concept of Trophic Cascades. They are ecological chain reactions, where changes to one organism - a.k.a. trophic level - flow through the food chain (or, perhaps more accurately, the food “web”) and directly or indirectly influence the other organisms within the same system.

According to ecological theory, when top predators in this web are removed, smaller predator and herbivore populations increase in size, placing increased pressure on plants and animals further down the chain. As such, the removal of apex predators (counter-intuitively, perhaps) results in biodiversity decline instead of growth.

This theory has been proven in practice. The reintroduction of top predator wolves into Yellowstone National Park and other areas of the American West in the United States helped to restore the ecological balance of multiple habitats. In another example, Indonesian rice farmers use fish in their production process in order to increase yields. The fish droppings act as a fertiliser, while the fish also feed on insects and, by depleting them, increase oxygen circulation which boosts rice yield significantly.

While trophic systems often refer to the absence or presence of top predators, they also pre-suppose that all trophic levels (all organisms in the ecosystem) are essential to its healthy operation. This stems from their interdependence in the beneficial operation of the system itself.

The Ideation Cascade
The world of ideas and information exchange is its own ecosystem with various levels, similarly interdependent. We don’t speak of predation per se, but there are different levels of authority and leadership, even dominance, within the marketplace of ideas - let’s call it The Ideation Cascade.

Business, the media, think tanks, political institutions, academia, medical associations, environmental groups, literature and the arts, civic organizations, science and research bodies, charities and social media all have a role to play within the ecosystem of ideation. Indeed, they all have their own mechanisms for nourishing themselves and others with input and collaboration. Crucially, they feed off each other in the process of thought generation and leadership.

Just as organisms have their own feeding patterns and trophic cascades in a sometimes complex web, so too does the world of ideas. But what else do these cascades have in common? What do they require for sustenance? The answer is an operating environment, a habitat if you like, in which these cascades are free to occur. In other words, a complete ecosystem is required.

The old model
First, let’s think more closely about the “old model” for ideation in business and other areas of public life. Aside from ad hoc, in-person meetings that are often wholly unproductive,  we are also hounded by random, disorganized email threads which tend to be far more push than pull; conference events which are logistically complex and routinely deliver less than both their promise and their potential; competing social media interactions which either get lost in translation or run out of steam. Hardly sounds like a recipe for success does it? That’s because it can’t be.

In-person meetings are notoriously inflexible around time zones and fail to meet the needs, skills and interests of all their participants. They have a role, surely, in terms of human interaction, but a limited one. Very often they do little to maximize what people actually bring to the table, for a variety of reasons. Cumulatively, they’re wasteful of collective time. All those hours back and forth to an endless series of meetings with little to show for it...no thanks.

Of course, relentless bombardment and disjointed engagement from repetitive or misdirected email is hardly a panacea either. How many times have you thought that it would be so much easier to pick up the phone to clarify things? How many calls need to be made to ensure that everyone is on board? Back to an in-person meeting instead? Oh no, not that again....

Social media
Beyond this dysfunctional conundrum, we then have the additional expectation of thought contributions from experts to various social media platforms within their sphere of influence. The downsides here are numerous, the threshold problem being one of lack of fitness for purpose. These level playing fields of social media certainly have their place, but for professionals with demonstrable experience and credibility, it is rarely an effective way to credentialize themselves with the appropriate audience.

The audience is often skeptical of their input, and at best indifferent. There is limited ability to manage the composition of the social media audience, no way to be certain of secure, discreet communications, and there are very often multiple platforms making demands on experts’ time. In the final analysis, they lack effective audience engagement and, as a whole, are just plain noisy.

Conferences
Lastly, the pièce de résistance for many industries has traditionally been the sometimes more-than-annual conference at which attendance is encouraged, if not required. Be there or be square. It is the authors’ hope that the role of these events as industry focal points is at least re-evaluated as we move forward. Frankly, they fail to hit the mark on a number of fronts and, in the modern era, give the impression of clinging on to the coat-tails of nostalgia. “This is how we do it because, well,....this is how we’ve always done it”.

The logistics, time and financial resources invested in such events also raise important questions. They are expensive, demand intensive planning and are difficult to change. However, when we consider the pollutive impact of often hundreds of attendees descending upon one location from around the globe, it’s way past time to question what is necessary, versus what would be “a nice event”.

Beyond this, these gatherings suffer from some of the same issues of inflexibility, particularly around time zones. They are one-time-event-centric with poor ongoing learning and engagement. They often lack interaction, with a sometimes artificial distinction between speakers and attendees. Some degree of in-person interaction is clearly important, including on a social level, but there is a strong argument to limit their use.

The role of online communities
So how does online community collaboration help to address the notion of the Ideation Cascade? The first thing to understand is that online communities can scale to be developed ecosystems that are wholly customizable to requirements. They can mobilize incredibly quickly. They are multi-media, instantly global and can be delineated by taxonomy, with specified group memberships for targeted communications. They also provide opportunities for discreet back-channels as well as public forum kudos, wider public engagement and everything in between.

The benefits run far deeper, however. Because engagement is deeper and on-going, 24/7 throughout the year with no time-zone restrictions, the depth of learning and contribution - the Ideation Cascade - is so much stronger. Drill-down learning and constant interaction are hallmarks. No more aimless, non-targeted discussions. No more mixing apples and oranges. No more under-utilization and wasted effort.

Online community forums allow for targeted imagineering, encouraging all participants to engage and contribute as appropriate in the multiple media of text, image, audio and visual.  And all this without any ecological damage to our planet. Now we’re really getting somewhere…

Online communities also operate differently by removing those barriers between speakers and attendees in large gatherings or events, for example. They can unleash otherwise hidden potential and tap the collective mind. The hive, if you like…..anyone who has attended a MOOC (Massive Online Open Course) will be familiar with their power to connect around ideas in a way that physical spaces can only dream of.  Their use is not limited by concerns around expense and logistics, rather, only by the size of the collective imagination and creativity of the community itself.

Overall, while cyber-interaction can never be a true substitute for in-person human interaction, it is much more versatile, ongoing and on-demand in the context of ideas. Let’s continue the conversation. Let’s embrace the Ideation Cascade. 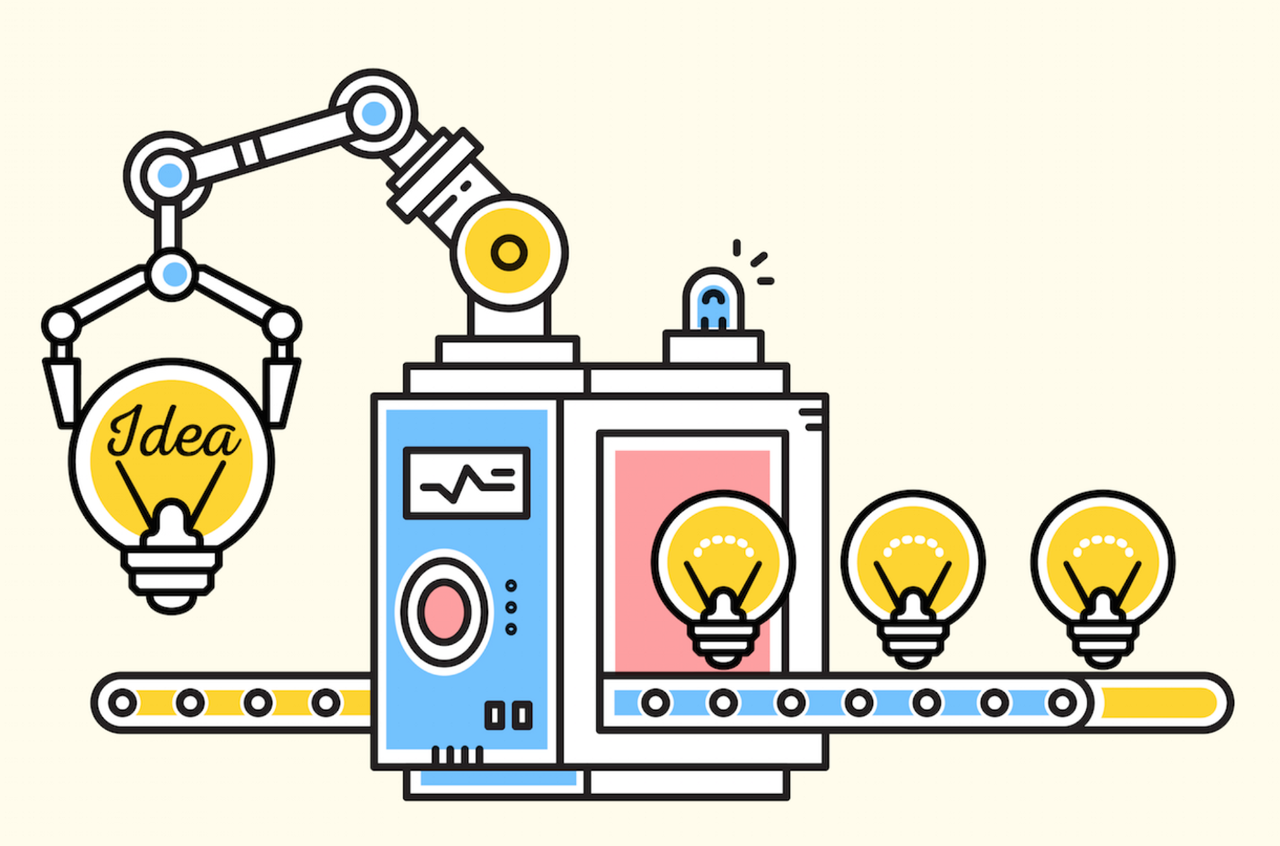 Context and environment are vital to our understanding and development in all areas of thought.