How did we refresh our brand without completely changing it? 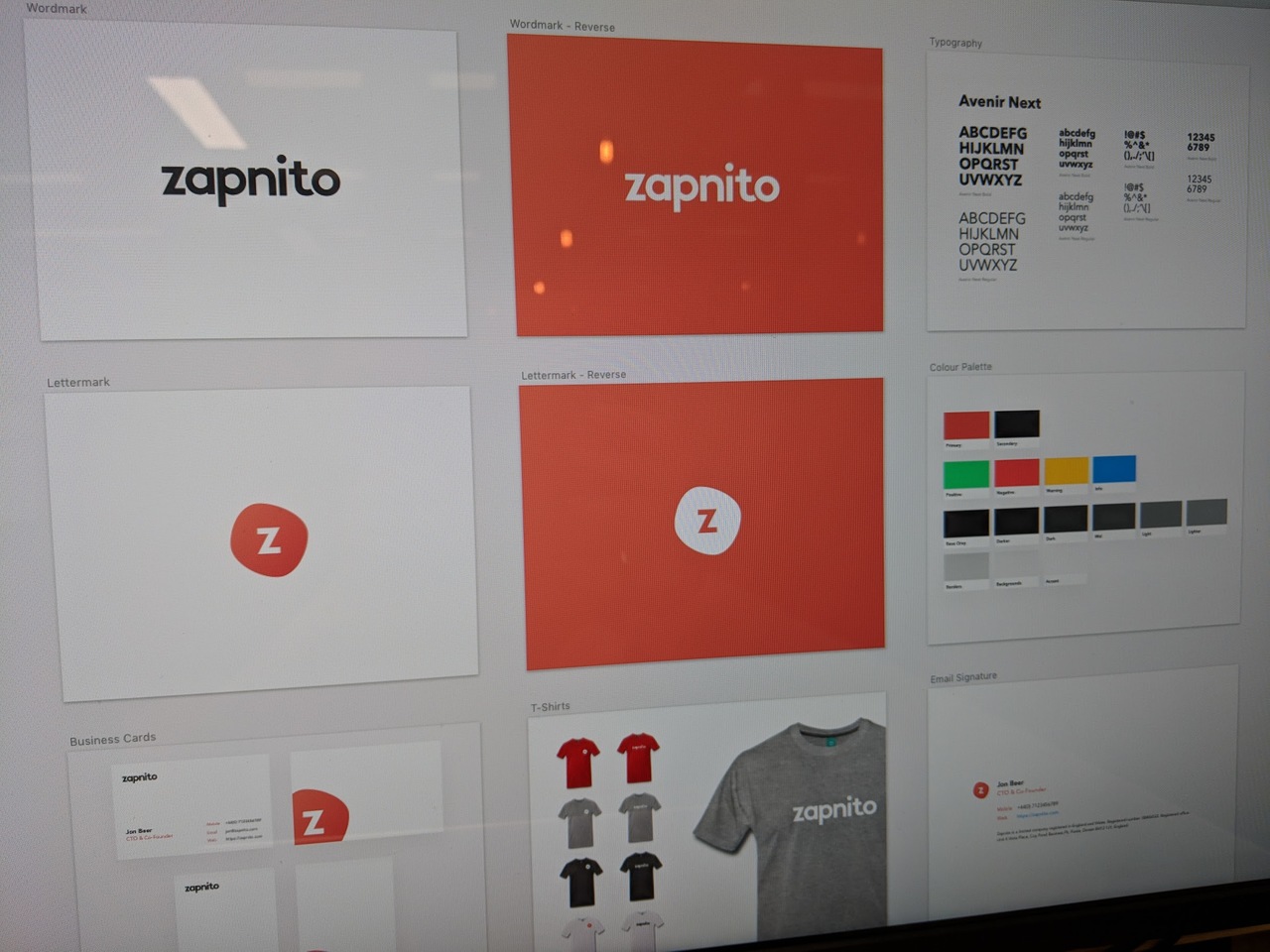 Liked by Charles Thiede and 4 others
1

We announced our rebrand during our summer party. You may have already seen some elements gradually being phased in. So what have we done as part of phase one?

For quite a while, we kept seeing other brands visually similar to our own. It's not a problem unique to us, of course. In design, nothing is original:

Nothing is original, esp. in #design. (btw, these are NOT the logos of Medium AirBNB, Flipboard, and Beats)https://t.co/JNDsM0rhod
— Spencer Chen (@spencerchen) April 27, 2016

@imkialikethecar @spencerchen Actually, it's from "Logo Modernism" by TASCHEN released 2015. Got the book. Chk pic pic.twitter.com/LQT3Npu6EO
— Karol Zagórski (@transmontis) May 2, 2016

It was during a meeting at WeWork when Charles came across this:

That was the final straw. It was time for a rebrand.

The first objective was to ditch the lightning bolt. It was far too ambiguous. But what to replace it with?

From the start, we decided to steer clear of the same tired clichés to represent knowledge and networks - brains, lightbulbs, network nodes (or mixtures of the three).

After exploring several routes, we honed down our decisions, and began to craft our preferred choice.

We decided to focus on our name and elected for a wordmark and a lettermark. The word Zapnito is succinct and distinctive in its own right so we felt there wasn't any need for a pictorial representation of our business.

The wordmark has a few subtle changes. The joint angle of the letter "z" is now pointed - a nod to the recently departed lightning bolt. The crossbar of the "t" was too wide so this was shortened. The terminal of the "t" has been smoothed out and joins the "o". Both of these changes make the "i" and "o" feel less disconnected.

The idea behind the lettermark was to illustrate a sense of noise, gradually quietening down - the orbs becoming more regular as they got closer to the "z". The principle behind it worked for us, however the detail was lost as the lettermark was resized down. So we removed the added detail and came up with something a lot simpler, something we affectionately refer to as "The Potato":

While working on the rebrand we began exploring new typefaces. Our previous typeface, "Lato" while readable, didn't quite have that cleanliness we were after, particularly in heavier weights.

The criteria for a new typeface was first and foremost readability. The typeface must be easily readable at any size, whether it be for headings or small print. The typeface must also match the clean aesthetic we're aiming to achieve. And finally, the typeface must retain that cleanliness across all weights, enabling us to establish a clear typographic hierarchy.

We decided on "Avenir Next". This typeface was designed by renowned type designer Adrian Frutiger in collaboration with Monotype Type Director, Akira Kobayashi. It's a reworking of Frutiger's original Avenir, with added focus on readability for screen.

Avenir Next ticked all the boxes. It's a very clean and pleasing font, easy to read at any size, and retains it's clean aesthetic across all weights. What's more, in French Avenir translates as "future" - a perfect metaphor for a rebrand.

We felt the existing colour palette was still suitably vibrant and fresh so we've only made one tiny change. We retained the Zapnito red to as a base but added a subtle gradient to give it a little depth.

For phase two we will be working on updating our design system, Jellyfish, extending these principles of cleanliness to our platform. For customers using our default theme, you will gradually see these changes over the coming months. Watch this space for another post on the process behind that.

Jenefer Thoroughgood
over 3 years ago

How did we refresh our brand without completely changing it?