How pervasive is technology in our lives today? Is it the answer to information’s storage, accessibility and visibility problem? How do we explore an unknown world without leaving home? How do we connect and share expertise through visual, immersive technology of the future, today? 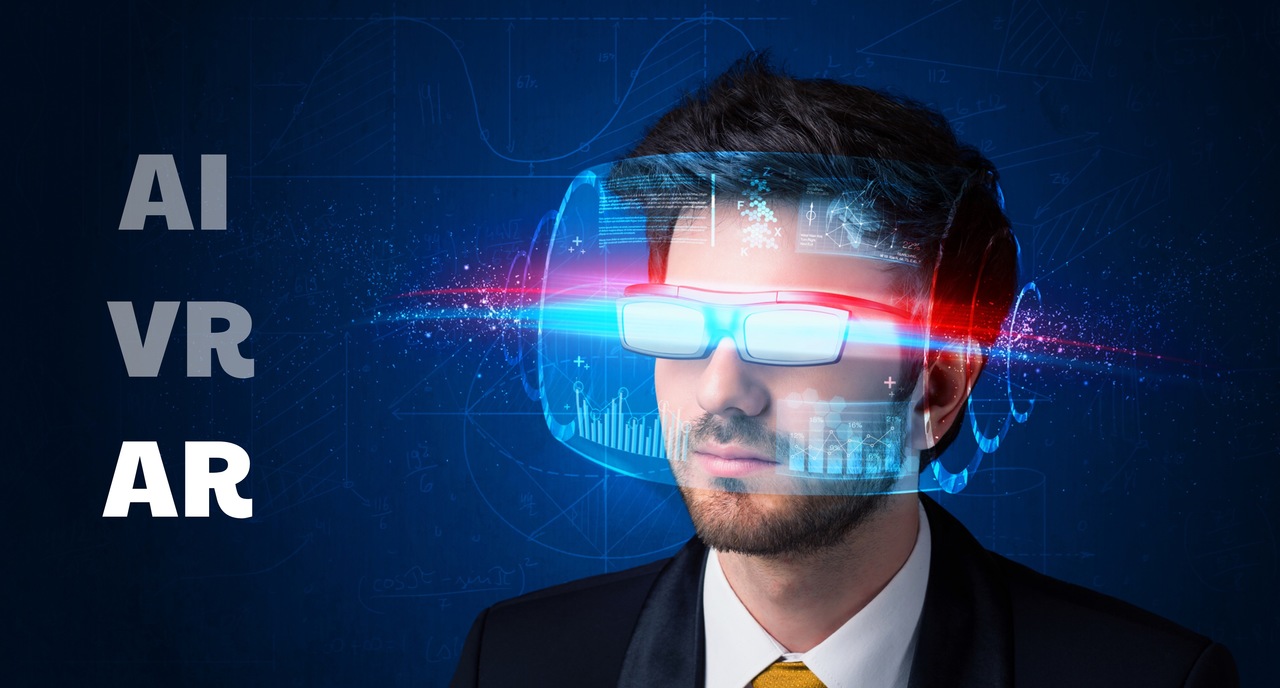 In this, the finale of the series, we'll look at augmented reality, it's future possibilities and potential issues for use in the publishing industry and the wider commercial world. This article will also conclude with a summary of the three technologies discussed in this series and a sentiment both on their long-term difficulties and also the exciting opportunities they each present for the future.

I see technology as something that has the potential to improve the real world. Artificial intelligence has the power to truly transform the way we run processes and communicate with machines (and how they will communicate with us). Virtual reality enables an individual not only to teleport around the world and experience its wonders like never before, but it also enables users to create and escape to new landscapes and realities. As with each of these three technologies, they are only limited by our own imagination and creativity for their applications uses and values to society. I am personally however, most excited by augmented reality technology and how it's going to change the way we learn about the world around us and present real experiences.

While AI and VR offer incredible functionality to solving the globe’s information efficiency problems and visualisation possibilities, it is augmented reality that gets me thinking as a creative, as a marketer and as a tech enthusiast for its accessibility for anyone with a smartphone. A Zapnito Advisor, Chris Lowe once told me that

This is a vision that has stuck with me because i too could see this as a near future where information is universally accessible within our real and visual world without the need for auxiliary hardware.

We want data, insights and expertise quicker than ever so why bother with the additional hardware? AR won’t need a phone that the user has to hold up to see the information he or she wants. Instead it will be all around us as we are transported by self-driving cars or perhaps we’ll use a product similar to the Google Glass (illustrated in the previous post) but in a simpler form, such as smart lenses. Sony, for example, patented the concept for a lense that could record what you see, two years ago! Its ability to -hypothetically- enhance the physical world around us, seems almost impossible in itself yet this is the future of visual artistry and information sharing.

From playing to paying to presenting learning

Two effective examples of augmented reality in use right now are discussed by Ann-Marie Alcántara,

“Using #AR must make the purchasing process easier… [Furthermore] With over a hundred million downloads of Pokémon Go, it's obvious there's a demand for AR in games. The question is, how can brands overcome the challenges of customer adoption and ease of use?”

Although the applications are already available, the technology is still in its infancy. Many will either not know how to use it or even be scarred at the prospect of interacting with AR and buying through such an experience.

As illustrated in this article, retailers such as Ikea will need to nurture customers through the process of using apps to play with its functions and experience it for themselves. Molly St. Louis also of Adweek highlights the best ways to optimise customer services and harness advertising opportunities for customers to interactive with products through AR applications. A further example from eBay is their Android app that allows users to see what size box they need for items you’ve sold through the e-retailer, as explained here.

I cannot go any further discussing the possibilities and true wonder of this technology without referring to the work of Magic Leap, a name befitting to it’s product in this writer's opinion. According to its Wikipedia page, this US startup is

The company released this video to show what it would be like ‘Waking up with Mixed Reality’ little over two years ago. In this way, expertise and learning can be passed on like never before through an entirely immersive experience such as though an AR headset or even with less noticeable hardware in the extended future. This is also possible through VR technology however augmented reality has the advantage of being able to see what you’re working on actually in front of your eyes, rather than solely relying on goggles to completely shield the user from the real world.

I recently attended an event where Blippar Co-founder Jess Butcher was interviewed by the ‘Secret Leaders’ team in Shoreditch, with Charles Thiede. Following on from Chris’ earlier prediction for the future, Jess saw a different vision. When asked about the future of AR and the failure of Google glasses, this tech entrepreneur stated that she

“doesn’t want information coming up in [her] peripherals, [she] wants it when the curiosity comes to [her]”,

as one would use a smart device for. Continuing with the company’s future plans for product improvements, Jess proclaimed that

“We need to recognise more of the world and understand more elements of it, such as foreign leagues and illiteracy, [and be able to answer questions such as] ‘what dog is this?’, ‘what colour is this?’ et cetera. How do you Google to discover that?”

AR technology will provide greater access to valuable information on the structures, lands, animals and people around us. To remain market leaders or to disrupt those that are, new and existing publishes must leverage its creative and unique experiential capabilities to present immersive and educational content to customers already anticipating future technologies such as AR and also to attract new, fresh audiences to discover more of the world around them.

Test your knowledge of augmented reality and its history so far, take the Blippar quiz (I didn’t score as highly as I expected).

To summarise, all three of these technologies provide an opportunity for growth and improved efficiencies across the proverbial field of both commercial industries and not-for-profit organisations. They each have the power to excite both large enterprises and growing startups (& scaleups such as Zapnito) as they provide new opportunities to make faster and potentially more accurate data-driven decisions and deliver immersive content and fun, educational experiences.

All of these technologies require far more data than old programs and application to be able to run smarter algorithms, and visualise objects and other people that aren’t actually in the room, all in real-time. The issue of data, how it is collected, stored and ultimately used is going to be a particularly important one for those who deal in it which covers any organisation, business or otherwise. Publishers especially are required to manage and safely utilise audience data in an efficient manner with an aim of improving customers’ site or product usage. It may seem obvious the reference i am about to make regarding Facebook’s ‘slip up’ with customer data, both recently and throughout its prolonged reign as the number one social network and arguably they biggest content sharing platform.

It is true that each require more and more data to be fed into their programs to supply optimal results to their varying outputs. Sharing data, not only with computers but also the individuals and organisations behind a pretty interface can be daunting. As described by Dr Vyacheslav Polonski,

“the lingering question on everyone’s mind is: “Well, what if it all goes terribly wrong?””

A question asked of almost all new technologies, especially AI. Furthermore, established and disruptive publishers are asking 'How do we incorporate these technologies, still in their infancy, into what we do?', that answer to which is in the question. Research into these may have started years ago but it is far from conclusive for any given industry's unique applications of them and more needs to be done to discover how best to implement it into both large and boot-strapped companies. Those that can find the answer to this first have an opportunity to differentiate and get ahead of the game, provided they make it work for the end user, not simply incorporate it into what they do simply for the sake of uniqueness.

On the other side of the coin however, these three also have the ability to vastly improve business and knowledge sharing efficiency, from smarter machine learning and potentially life-saving health alerts to virtual interaction, connectivity and human engagement on a scale never possible before. New and evolving technology can often feel concerning however I truly believe that these technologies provide the opportunity to make the most of human expertise not limit it.

Having researched each of these as intensively as I have over the past month, they have all left me more optimistic for opportunity for experts and shared expertise, than with a fear of their implications on the world’s future. I am therefore on the side of ‘Progressive’ as opposed to ‘Pervasive’ but I would love to hear where you stand on the matter and your opinion on the technology of tomorrow. These are issues that require continuous debate and consideration not only by inventors and entrepreneurs who are building the future now but also governments and legal bodies to ensure that the power these have are not used against our fellow man.

How pervasive is technology in our lives today? Is it the answer to information’s storage, accessibility and visibility problem? How do we explore an unknown world without leaving home? How do we connect and share expertise through visual, immersive technology of the future, today?