Guest on this week's Desert Island Discs, Dame Minouche Shafik shares some interesting views on how experts can combat the anti-expertise movement

At Zapnito, our ears prick up when we hear anyone talking about experts. This week, it was Dame Minouche Shafik, director of the London School of Economics, former Deputy Governor of the Bank of England, and guest on Desert Island Discs.

(For anyone unaware of Desert Island Discs, it is a BBC Radio 4 programme that, since 1942, has asked public figures to name the eight tracks, or discs, they would want with them if stranded on a desert island, with the tracks being used to help tell the individual's life story.)

I was listening to this week's episode and felt compelled to share Dame Minouche's views on experts, with which she opens the interview.

Interviewer Kirsty Young introduces Minouche by quoting her as saying:

"Most of human progress has come from the application of expertise to human problems, and I think the current dismissal of expertise is very troubling."

Young then asks Minouche whether part of the problem was that experts have "oversold what they can tell us about the world and what they can predict". Minouche agrees this is a fair assessment, for some experts, but says that it "would be foolish to neglect expertise in decision-making".

"I think that experts need to do a couple of things differently. One is to recognise that there is a lot of uncertainty and be more humble and two is they need to let the public know what lies behind their expertise."

Point two resonated with me as we've recently been thinking about how to revamp the Zapnito expert profile template, and one thing we are considering is making it much easier for experts to showcase examples of their expertise from a variety of sources, to clearly demonstrate what makes them an expert, in which specific subjects.

Minouche also had something to say on how social media positions anyone's opinion as useful:

"There are many people now that express opinions but there is not much behind them, and I think particularly experts and particularly those working in universities... need to share with the public the fact that the work that they do is backed by the rigours of peer-review, that they have to publish their data, they have to declare conflicts of interest, and they have to subject themselves to rigours that random people expressing views on social media don't have to subject themselves to. And I think if people know that, they will be much better-equipped to decide which experts to listen to and which not to."

We completely share this concern about social media, and it is of course one of the reasons Zapnito was founded in the first place, to highlight true experts and to give them a place in which to share and develop their expertise.

Regarding the demonstration to the public of scientific expertise (which is essentially what is referred to here), we would love to hear from our customers in STM publishing as to how their networks could become useful resources for the public (as well as scientists) in identifying and access expertise. 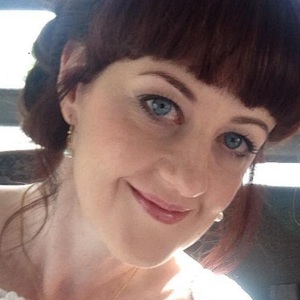 Charles Thiede
over 3 years ago

"I think that experts need to do a couple of things differently. One is to recognise that there is a lot of uncertainty and be more humble and two is they need to let the public know what lies behind their expertise." I really like this quote. The story behind the story is the most interesting element for me. Great article Jen.

Jenefer Thoroughgood
over 3 years ago

+1
Zapnito and 1 other
Zapnito