ZKM – the cure for Frankfurt 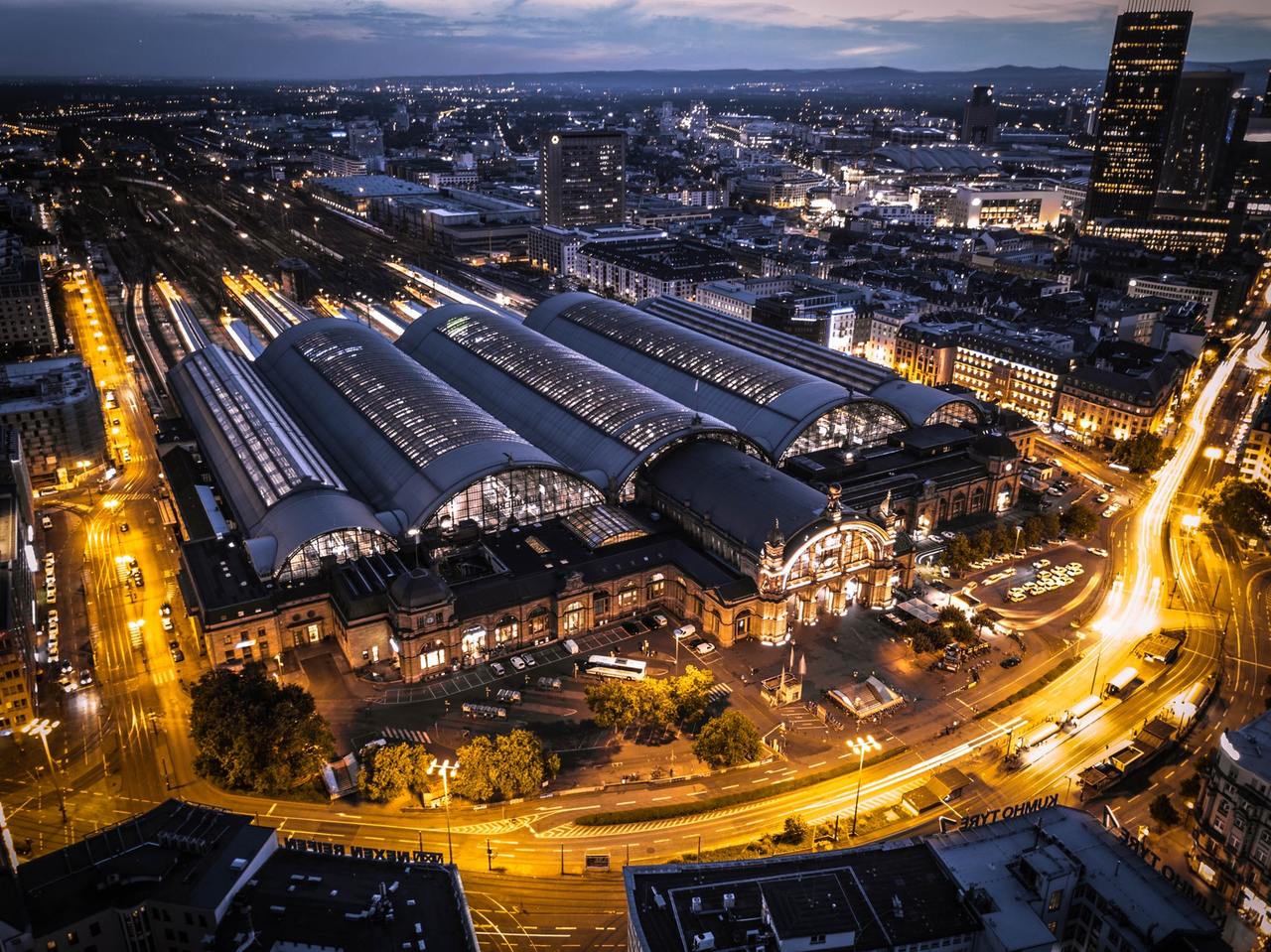 Liked by David Worlock and 1 other
0

So, my fiftieth Frankfurt came and went. Three days of intense and interesting discussion with people who are building very successful businesses from the technologies and the social change in a networked society which I have been studying and monitoring since the 1980s. Much of this is hugely encouraging, some is faintly irritating (I still get questions about what happens when print re-asserts itself, or when will innovation be over!). But all of it, nine meetings a day, the receptions, and chairing the Innovation Day opening session, is, frankly – tiring! By Friday I needed a break.

And that duly came, though in the most surprizing manner. On Saturday I journied out of Frankfurt and down the Rhine valley to the comparatively (in German terms) “new town” of Karlsuhe. I wanted to revisit FIZ Karlsruhe, a part of the Leibniz Institute of Information Infrastructure, which is based some 12 km north of the site on the campus of KIT, the great technical university. That visit, on the following Monday, was all I had hoped it to be, and a testimony to the powerful work of these part (25%) state funded institutions in Germany. But more of that in its own context, having travelled through Boston the previous week, and experienced a grand party to celebrate the 50 years stuff with some 100 friends (enough of that now that we are in year 51!) I was pooped. My only interest was a delightful book on the history of sixteenth century Albania and I was quite prepared to embrace that for the weekend had not Karlsruhe itself intervened.

As I said, it is a new town. Started in 1715 as the Margrave of Baden sought to distance himself from the unruly citizens of Durlach. He built a monumental castle, and from his front door planned city streets running out from that central point in a great fan shape – its nickname is the fan shaped city. Thomas Jefferson, visiting at the other end of the same century, was impressed and its structure finds echoes in L’Enfant’s Washington. I was impressed too, and despite the disruption of installing a metro system, this remains a civilized and relaxed place. Go to Grundrechte square and you can see the civil liberties enjoyed by Germans emblazoned on street signs – this is the home of the German Federal Supreme and Constitutional Courts. The fact that this is a university town gives a pleasant diversity. By the time I reached the doors of the ZKM I was beginning to revive, but I had no idea of what I was to encounter next.

Imagine a huge munitions factory, stripped and turned vast  three story galleries that reminded me of the central space at Tate Modern – only much longer. Then fill that with a wholly mixed population of all ages and abilities united in one pursuit – finding art and enjoyment in immersion in digital media. Walk into a room where cameras pick you up and show you on a screen. I paused before the slightly alarming image before me, when all of a sudden I was joined on screen by the people who had passed through earlier, all crowding and laughing and strolling around my similarly moving image. Then turn to a scanner which wants to look at objects in your pockets, and then similarly mixes them on screen with the images from other pockets. Very simple stuff, this, but it drove the laughter and delight of the visitors as they went to other galleries, brought their own devices into play and felt the power of the most perfectly designed and produced art gallery for digital as art that I have yet seen. ZKM is Zentrum fur Kunst und Medientechnologie, and is an example to us all of the artistic and educational value of digital art. Gloomy reporters who ask what can be done to prevent children from spending too much time on their devices should be sent here for retraining. The networks provide digital opportunity for multimedia and individual media expression  and social art of a high order. This has to be better acknowledged than it is in conventional media exchanges, and here is a wonderful example of how to do it.

And learn from it. As I wandered through the elements of a major show called Hydrid Layers I was struck, involved and then compelled to watch a deck called Basilisk, a video performance by an American artist called Daniel Keller. Using two ideas – the Streisand Effect, which occurred when the actor’s lawyers forced the removal from the Web of an image only previously seen by ten people, thus exciting the curiosity of millions, and the Basilisk concept, from the ancient world via Harry Potter, where the threat can only be extinguished by holding up a mirror, he explores the 2016 US election. With Google Maps shots of Streisand’s former Malibu home being undermined by coastal erosion as a backdrop, Keller uses flat and unemotional language to explain the US Alt-right memes around Pepe the frog, the frog pharaoh, and the Cult of Kek, and how this symbolism and its cartoon imagery became important in the attack on Clinton and the election of Trump. And, if we are ever to hold the Mirror up to the Basilisk, these are things about a networked society that we must learn and understand. Indeed, unless we have museums and galleries like this it is very hard to see how we can, at any age, learn and understand.

I left ZKM with the same sore feet that I had brought down from Frankfurt. Perhaps slightly worse. But I was elated and refreshed by what I had seen. If the Hydrid Layers or Art of Immersion shows come to a place near you please rush to see them. The only way to stop our kids falling for the Kek Effect is to immerse them so thoroughly in digital art and society that they have the ability to fashion their own mirrors to expose to the face of ever-present Basilisks.

ZKM – the cure for Frankfurt