Humans: the new weapon in the publishing wars

How emphasising their people could help publishers fight back against the technology that threatens their industry. 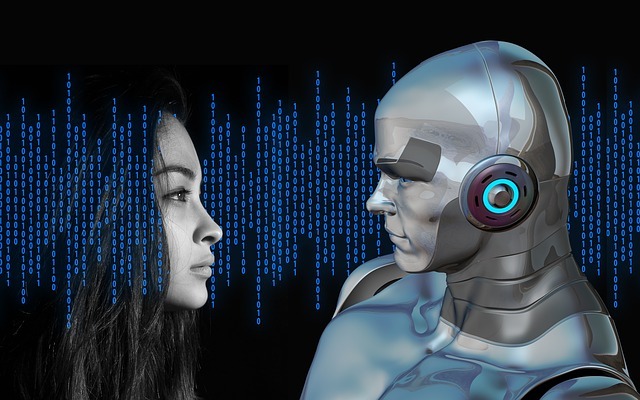 Liked by Jon Beer and 6 others
0

Anyone who tries to keep up with the many forces affecting the publishing industry won’t have failed to notice two seemingly opposing trends:

1) The rise of the machines

Artificial intelligence, algorithms and the tech giants (Facebook, Google, Amazon and so on) are all daily concerns to any organisation that makes its money from content. And with some publishers acquiring or developing technology themselves, there is a case to be argued that the driving force in publishing today is how to benefit from and fight the threat of the machines.

On this subject, this great article from the Harvard Business Review warns of the dangers to publishers in becoming ‘platishers’, a classification of media company that attempts to be both a destination for edited content and to develop technology for creating content. (Thankfully, the name ‘platisher’ seems not to have caught on.) It asks the important question of publishers: “Do you care more about scale, or about editorial voice?”. Platforms typically chase the former, publishers value the latter, suggesting it’s unlikely that a firm could successfully do both.

On the other hand, traditional publishers are doing exciting things by developing their own tech. The Wall Street Journal, for example, is attempting to revolutionise (or save?) commenting with new software developed in partnership with The Coral Project.

When it comes to AI, the main benefit to publishers seems to be the opportunity it offers for better user understanding, leading to more targeted delivery of content, a personalised user experience. Know the user better, give them more of what they want (or seem to want as indicated by past behaviour) and the more time they will spend with your content, the argument goes. But at the same time, as algorithms learn what content we consume, we find ourselves in echo chambers, delivered an ever-decreasing range of sources, experiences and viewpoints. What we act like we want isn’t necessarily what we desire when it comes to content consumption.

And of course, publishing industry news sources feature new stories each day about how Facebook, Google, Amazon, Twitter or Snapchat (the list goes on) is either saving or killing publishing. A whole industry exists providing publishers with advice on how to get the best from these platforms, while at the same time publishers see their business models undermined, their audiences lost and their brands diluted by social media and search engines.

It’s fair to say that technology is a big concern for publishers.

2) The increased emphasis on the human

Yet, there is another trend. One that isn’t generating as many column inches but to which publishers should pay attention. Headlines like this one on how The Guardian is reversing its declining fortunes by encouraging consumers to pay for its content through “emotional, service-based requests” for membership, or this one about how Snapchat is emphasising “human content moderation” in its redesign hint at a new focus (or perhaps a renewed focus) on the human element of publishing.

The Guardian’s pleas for paying members tend to emphasise both the individual journalists that create content and the readers who understand their value. Plus, they tend to be directly from someone, a person: editor-in-chief Katherine Viner.

The Guardian is one of a number of news organisations seeing membership as the business model that might succeed where advertising and paywalls have failed, to the extent that an initiative called The Membership Puzzle was established to explore how this model could best succeed.

“The top problem facing public service journalism has been the same for over a decade: the collapse of outmoded business models and the search for a sustainable path. At first it seemed that as readers moved online and the news went digital, the ad dollars would follow. Now we see that the big digital platforms – Facebook and Google – are capturing most of that money, because they own the data that allows for better targeting. Clickbait, ad blocking, invasive tracking, and fake news only add to the misery – and all take their toll on reader trust.

So where is the sustainable path? It seems increasingly likely that readers who value a public service press are going to have to sustain it themselves – by contributing money, sharing knowledge, and spreading the word. A good term for this is membership. But membership won't work if it's just begging for cash. There has to be a social contract between journalists and members. Working out what that contract should say is the core challenge of the Membership Puzzle Project.”

Notably, the project promotes a particular type of membership model, in which members enter a “social contract” with their chosen publisher. Such members tend to have the following four characteristics, according to Emily Goligoski, research director for the project:

These characteristics indicate a highly intimate relationship with the publisher, one that is based on interactions between real people, that requires curation and creation of unique content by experts in their field rather than suggestion of more of the same by a machine.

It’s a model that couldn’t feel more counter to a strategy focused on machine learning and tech giants.

Of course, any sensible publisher will focus on both: on the machines and the humans. But publishers who look to emphasise their people as what sets them apart from aggregators, platforms and bots - i.e. their editors, journalists, contributors (and readers), their expertise, creativity and curation - could perhaps find a new weapon in their fight against technology for audience and revenue.

Humans: the new weapon in the publishing wars