Do content providers need their own website? If so, what for?... A 3-minute round-up of the expertise and insights that the Zapnito team wants to share with you this week.

‘What is your website for?’ asks Ricky Robinson, CEO of computer software company Shorthand in The Media Briefing this week. Robinson warns that “by focusing exclusively on the platforms [like Facebook and Twitter], at the cost of neglecting your own website, you are arguably much more at risk of becoming irrelevant in the long run” Looking ahead, Robinson urges online publishers to “bring to bear the entire arsenal of technologies and interactions the web affords, to deliver something different” By solely using social media platforms, one risks “playing in their sandpit, [where] you're not allowed to bring your own toys”


Despite a recent surge in the number of publishers distributing content across social networks, websites remain a necessity for Robinson. Similarly, at Zapnito we understand that hard-won knowledge is being lost to the noise of social media platforms and in response have developed software to enable organisations to create their own expert knowledge networks - websites where collective expertise can be shared, promoted and monetised.

Nieman Lab’s Ricardo Bilton caught our eye with: ‘The Washington Post is using Slack to create a reader community focused on the gender pay gap’, outlining the publication’s recent initiative to launch a Slack-based community connecting women working in the tech sector. Set up as a safe environment to foster discussions on topics such as the male-female pay gap, salary negotiation tactics and job openings, Pay Up has proved an invaluable resource to many. The Washington Post’s Social Media Editor Julia Carpenter explains: “our favourite thing is to be able to see people start conversations among themselves without participating at all. That’s the kind of space we want to build” At Zapnito, we create knowledge networks to likewise bring like-minded individuals and drive collective expertise.

“The relationship between newsrooms and their audiences is in a period of manifest change” writes Liz Spayd in her article ‘Want to Attract More Readers? Try Listening to Them’ for The New York Times. Spayd advocates using commenting to attract readers, allowing consumers to have a greater say in the product and thereby establishing “a loyal audience that will come back repeatedly and pay for the privilege of doing so”. With an average of just 10% of articles open to comments on any given day at The New York Times, Spayd urges the publication to broaden their use of the feature to both sustain and improve their readership.

Commenting is a key feature of the Zapnito platform, allowing users to actively contribute to a network. We maintain that in order to create a successful network, users must be allowed to participate freely. With appropriate guidelines put in place for participation, editors can feel comfortable with the approach while appreciating the rewards of an engaged readership.

Contact us to discuss how Zapnito can help to create new products and services to monetize your company’s expertise and reclaim your audience. 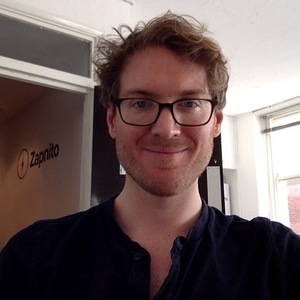 Live webinar | Practice what you preach: Building a community with purpose